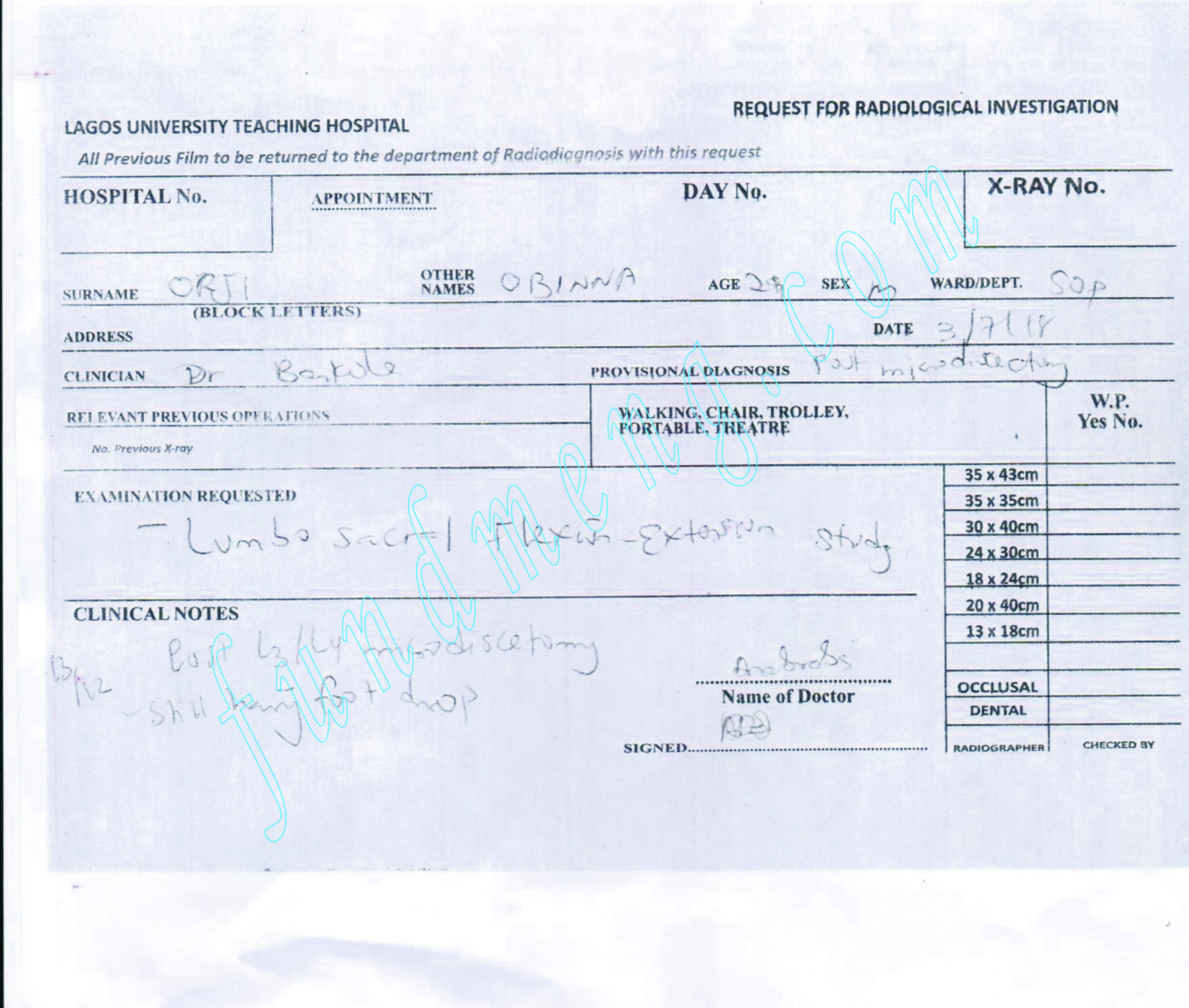 Mr Orji, an orphan and a dedicated English teacher, who went about his daily work at school, his students loved him, his ability to pass knowledge was top notch. All that came to an end on the 15th of May 2017, he was about to start his class when he started to experience severe back ache, he got some drugs to ease the pains, it persisted. He was taken to the hospital, an X-ray was done and it was discovered that he had damaged disc of lumba sacrol (spinal cord).

As an orphan, Orji had no one, the doctors recommended a surgery at the cost 1.8million naira which was carried out in 2017, friends and students were excited hoping to see their beloved teacher back in school, sadly it only lasted a few months as the pain resurfaced. After further investigations and test, the doctors recommended another surgery which would cost 1.3million Naira. Mr Orji has no one else to turn to, he has a passion for teaching, and he wants to continue doing that and building youths to become useful to the society.

At the moment, he is in debt from the 1st surgery. The total amount required to have him back on his feet is 1.3million Naira, coming together , we can make Orji walk and work again, he doesn’t want to become on destitute. #letorjiwalkagain